Dwayne “The Rock” Johnson Is Highest Paid Actor In 2019: Forbes 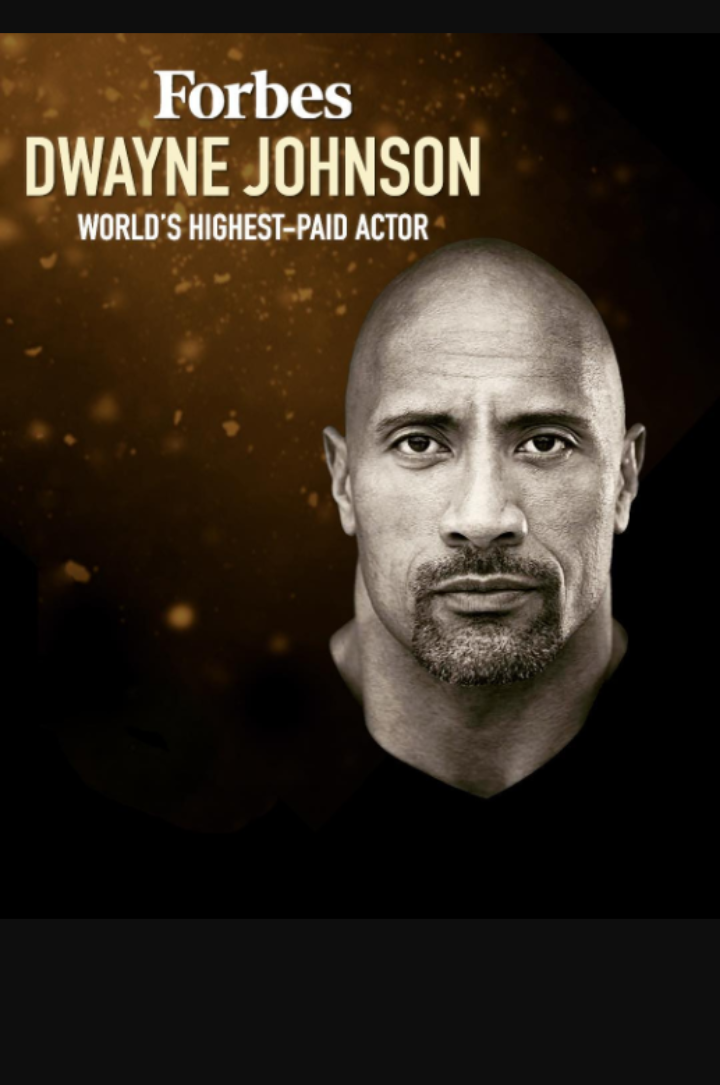 According to Forbes latest ranking, former wrestler, Dwayne “The Rock” Johnson is the world’s highest-paid actor for 2019.

The actor who tied the knot over the weekend, made $89.4m in films he starred in between June 1, 2018, and June 1 2019.
Some of the films include, Fast & Furious, Hobbs & Shaw, as well as the WWE-themed comedy-drama Fighting with My Family.
Chris Hemsworth came in second place with estimated earnings of $76.4 million, and Robert Downey Jr. came in third with reported earnings of $66 million.
According to Forbes, the earnings estimates are based on a number of factors, including data from Nielsen, ComScore, Box Office Mojo and IMDB. Interviews with “industry insiders” are also taken into account.
The estimated figures are pretax, and fees for agents, managers and lawyers are not deducted.
Check out the full list of World’s Highest-Paid Actors Of 2019.
1. Dwayne Johnson
Earnings: $89.4 million
2. Chris Hemsworth
Earnings: $76.4 million
3. Robert Downey Jr.
Earnings: $66 million
4. Akshay Kumar
Earnings: $65 million
5. Jackie Chan
Earnings: $58 million
6. Bradley Cooper (tie)
Earnings: $57 million
6. Adam Sandler (tie)
Earnings: $57 million
8. Chris Evans
Earnings: $43.5 million
9. Paul Rudd
Earnings: $41 million
10. Will Smith
Earnings: $35 million
Facebook
Twitter
Pinterest
WhatsApp
Previous articleFatoyinbo Vs Busola Dakolo: PFN Declares Probe Inconclusive
Next article‘I have no doubt that Messi has made me a better player’: Cristiano Ronaldo hails ‘healthy rivalry’ with Argentine striker

7 Things Every Corps Member Should Do During NYSC Service Year