In the midst of a Task preparation, the Pepper Dem Gang never relent in their banter and advice sessions.
Despite a long day of preparation ahead for the Wager Task presentation, the Pepper Dem Gang would not stop having back to back gist about issues that bother them. Here is how it went down.
Unearthing Old Wounds?
Now that Gedoni is out of the Big Brother Naija race, we thought that the little quarrel between Khafi and Venitawas completely forgotten. But it was a surprise to see both of them bring back the matter in the Garden. “He has a level of assurance to the integrity of my character,” Venita said. Though Khafi did not completely agree with her, she said that the matter had nothing to do with Gedoni. They were referring to the Live Eviction Show interview moment with Ebuka. 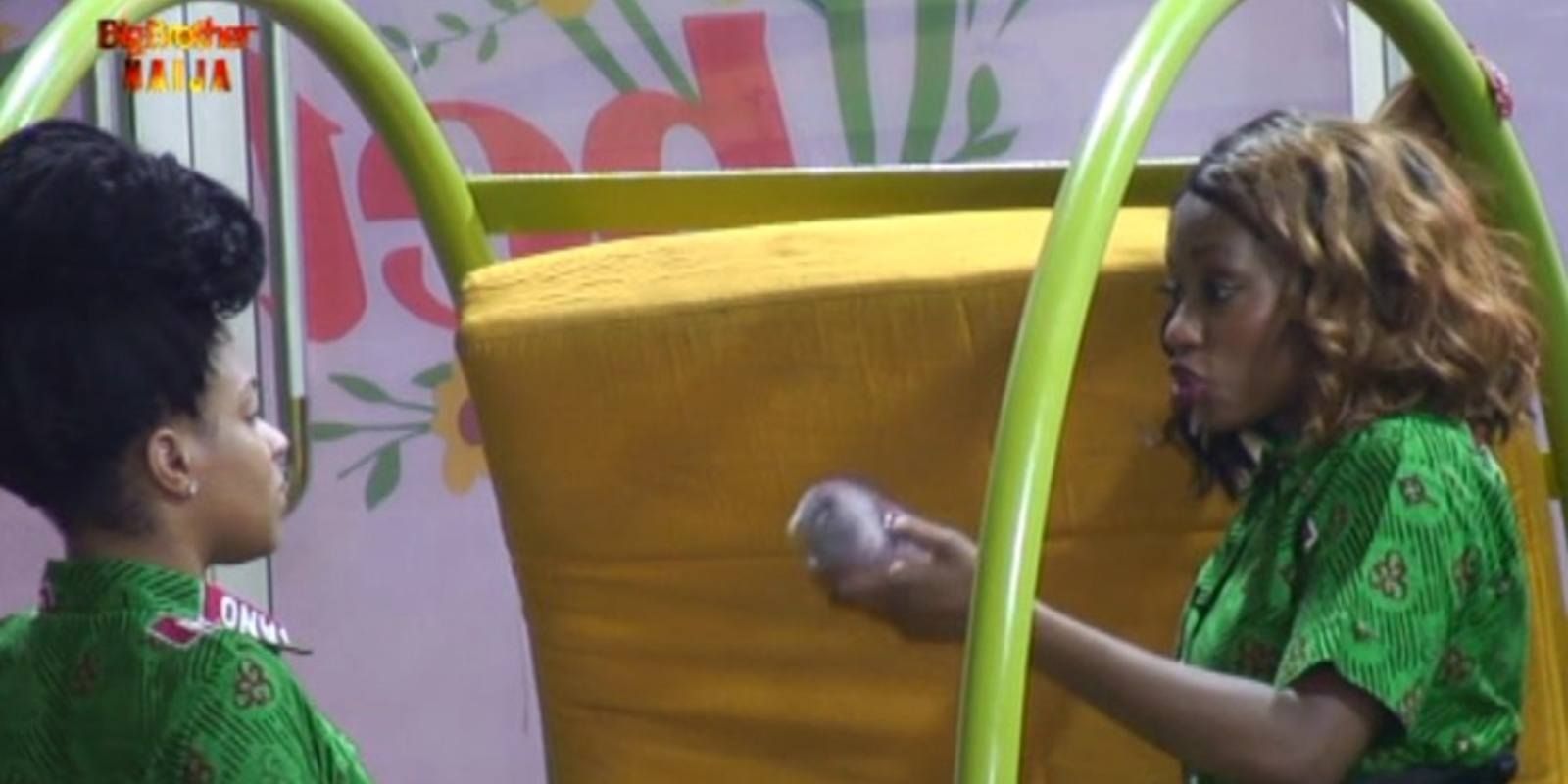 Knitting And Banter
It seems the Housemates have the full intention of putting up the best performance for the Wager Task presentation. The way Mercy, Diane, Cindy and Tacha went about knitting and stitching tirelessly, you would think their lives depended on it. In short, Mercy made sure she completed her knitting and came up with a small bag in the end. In the bedroom, Elozonam, Mike and Seyi had fun discussing the importance of going to the gym while Ike was busy with his sculptural work. We wonder why they stayed this late when it’s not a Saturday Night. Hmm, the fear of a Wager Task loss is probably keeping them on their toes. 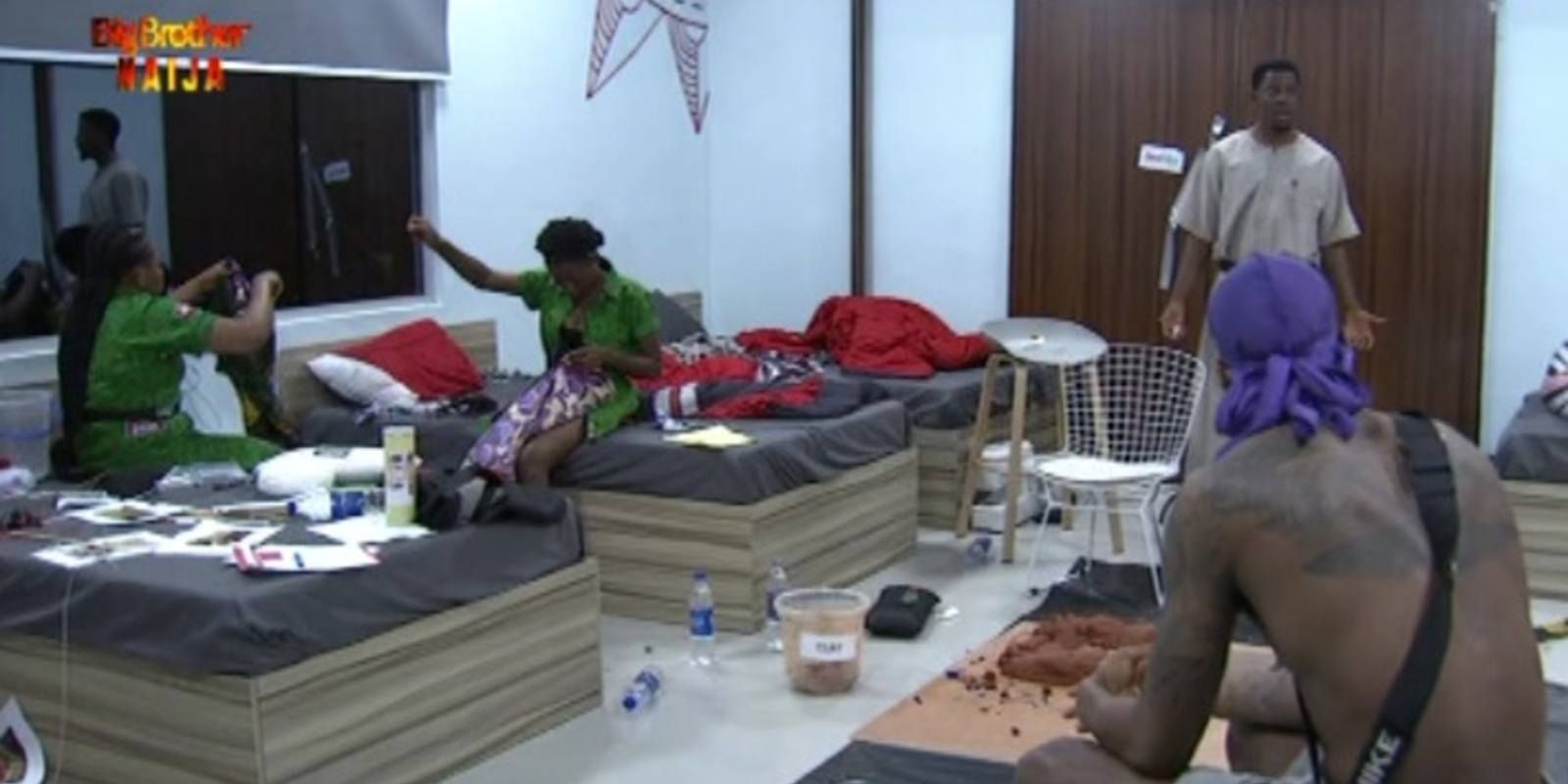 Brotherly Advice?
In the Garden, Ike and Omashola had a talk about how the race for 60 million Naira was starting to get real. He advised Ike to keep his head in the Game and not allow anyone deceive him. “Everybody has got a strategy,” he told him. While we might believe his advice was genuine, we felt he was actually warning him against being used by Mercy. Then the matter drifted to his recent friendship with Khafi. He said he liked Gedoni so much that he can never think of hurting his feelings. 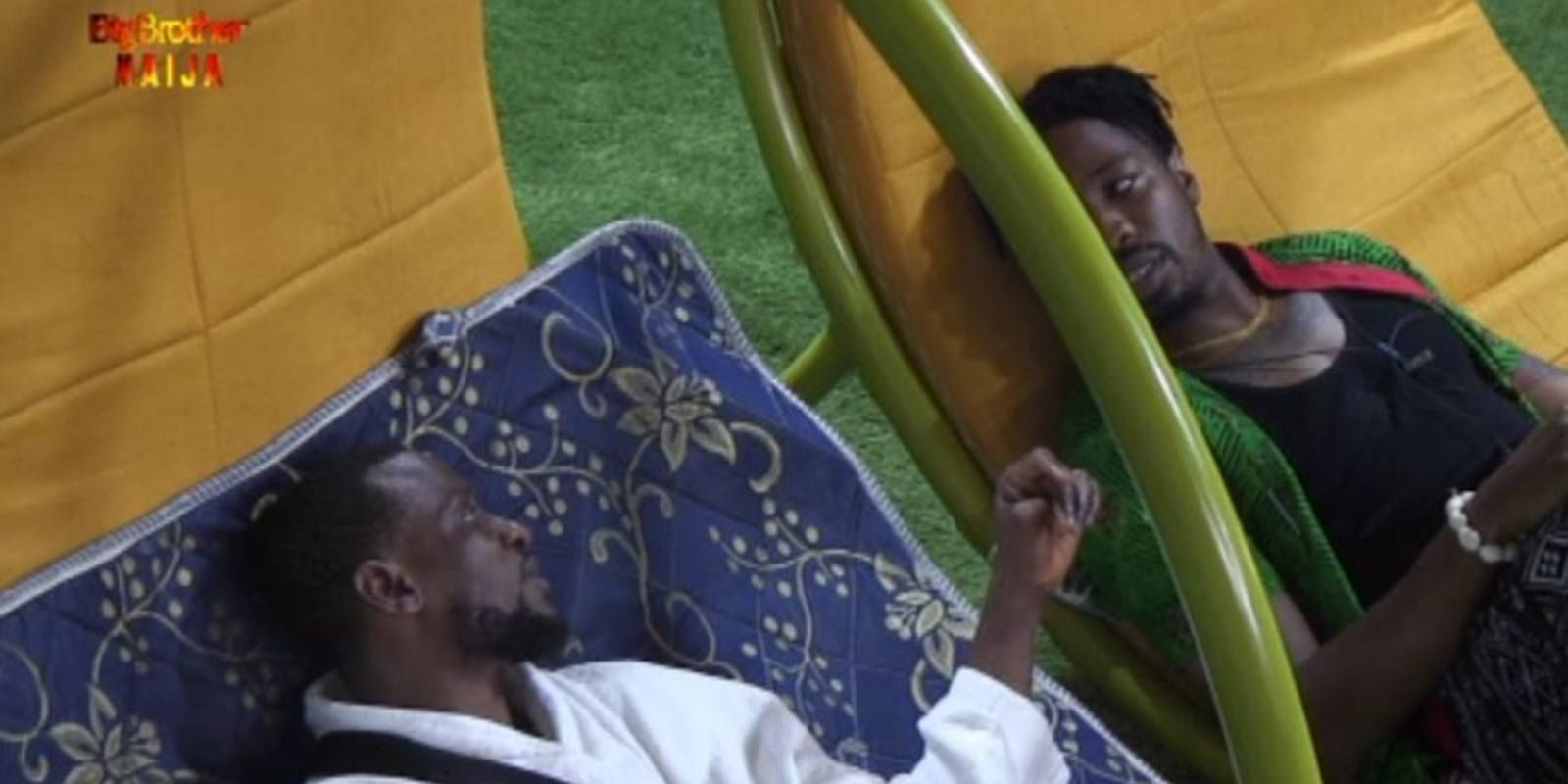 Audition Reminiscence
Recalling their different experiences during their audition for the Show, Mercy, Khafi, Cindy and Frodd expressed gratitude for making it this far in the Game. With Frodd and Mercy at the forefront of the gist, the other Housemates looked on in amazement as they listened to interesting tales of one another’s audition experiences. 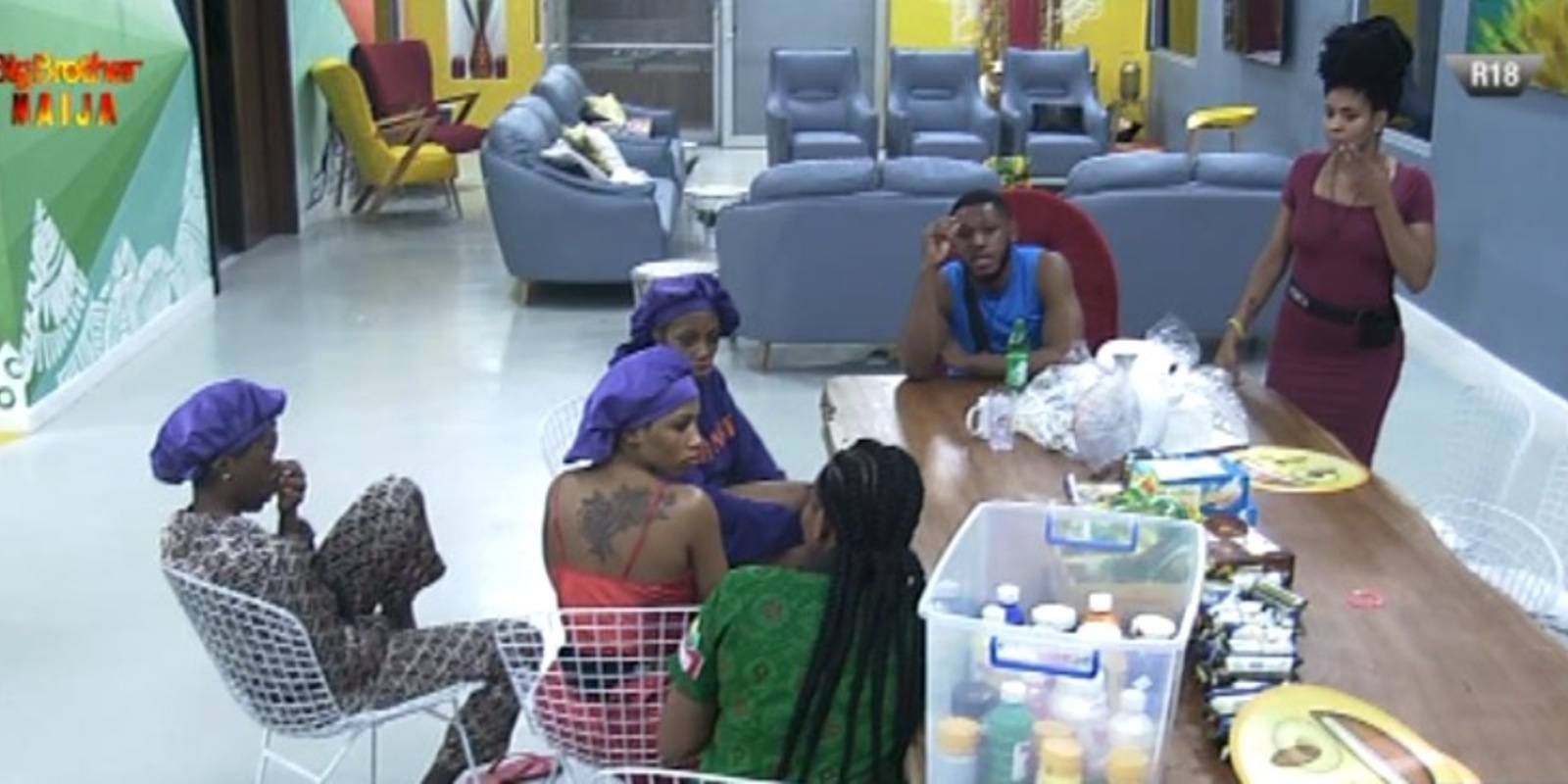 Though they have a lot on their plates regarding the Dano Task and their Wager presentation, the Housemates can’t break their habit of serving us hot gist. After all, they have got to make themselves lively.
Elozonam, Frodd, Khafi, Omashola and Venita are up for Eviction. Vote for your favourite Housemate here, via the MyDStv App, via the MyGOtv App or via SMS. Voting closes on Thursday 11 July at 21:00 WAT. Big Brother Naija is proudly sponsored by Bet9ja, and is available on all DStv packages, and on GOtv Max and GOtv Plus. For more information on Big Brother Pepper Dem follow us on YouTube, Instagram, Twitter and Facebook.
Facebook
Twitter
Pinterest
WhatsApp
Previous article#BBNaija: Frodd Often Lights Twitter Up
Next articleFrance: Matteo Guendouzi called up after Paul Pogba ruled out of Euro 2020 qualifiers