9jastarmedia
Home Uncategorized The Hundred: At least one England Test player to be in each...
Uncategorized

The Hundred: At least one England Test player to be in each men’s team 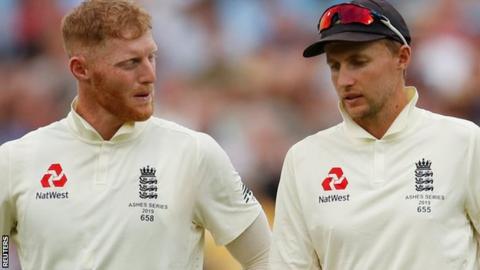 At least one England Test player will be signed to each of the eight men’s teams competing in The Hundred, the new 100-ball competition starting in 2020.
Each city-based side will first have the chance to select one England player based in their catchment area.
Teams without a contracted player in their region will then get to pick one of those left unassigned.
Each side can then select up to two more England players from their area before a player draft on 20 October.
The system for England player selection means that, for example, Joe Root, Jonny Bairstow and Ben Stokes are all available to be selected first by the Leeds-based team which represents Yorkshire and Durham.
The two not picked could end up being snapped up by another franchise before the Leeds-based team gets another opportunity to sign them, but it is a possibility that all three could play in the same side.
The draft will contain 14 rounds, with a random draw determining the order, and each team will get a maximum of 100 seconds to make their selections. They can choose up to three overseas players.
The player recruitment process for the women’s competition began on Sunday.
It will be in two stages, with each team obliged to sign two centrally-contracted England players during September, and the remainder of the 15-player squads being selected from 1 October onwards.
Teams will be allowed to sign one more England player and a maximum of three overseas players.

Meanwhile, 11 venues have been chosen to host standalone women’s matches in The Hundred.
The eight women’s teams are set to play double-headers alongside men’s sides at their main host venues, however, county grounds including Taunton, Bristol, New Road and Hove will also stage women’s fixtures.
The Manchester-based team is the only one with a paired women’s venue yet to be confirmed.